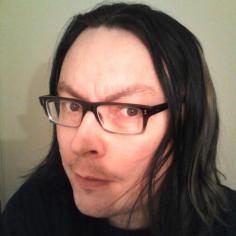 Mayonnaise & Bread aka Jason Keith Phillips is a freelance art saucer who has been drawing ever since the motor skills kicked in.  Originally from Pinetop-Lakeside, Arizona, JKP currently resides in Indianapolis, IN.  M&B is known for his sketchcard work with such companies as TOPPS, Upper Deck, Cryptozoic, Dynamite Entertainment & Rittenhouse Archives. 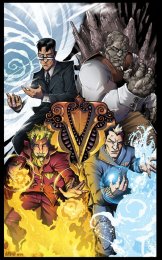 In addition to being the artist of Nathan Ohlendorf’s TUXEDO CITY (written by Nicholas J. Hearne), M&B is also the creator of the creator-owned comic book sauce DREDLOK!  His art will be featured in FOUR COLOR EULOGY!