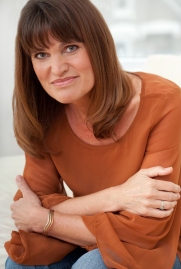 Drawn to the theater and all its possibilities at an early age, Amy Loui grew up with family influences that eventually became career beacons. Her father was an award-winning director in the early years of live television and eventually left TV to work in the theater as an actor, director and teacher.  Amy followed his lead, becoming a full-fledged member of Actors Equity soon after graduating from Saint Louis University (where she first worked with John Contini, and she is delighted to now take their stage experience to the heart of this film). Over the years her career has evolved into acting and directing for both stage and screen. In these capacities she has worked with an inspiring mix of artists ranging from circus aerialists to big-name movie stars to award-winning directors. 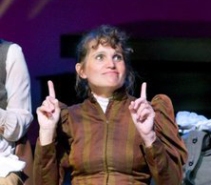 Film appearances include roles in WHITE PALACE, KING OF THE HILL, A WILL OF THEIR OWN and a featured lead on a widely popular and repeated segment of YOU’RE ON CANDID CAMERA. While founding and expanding a video and event production company, Amy has continued to grow her theater credits, performing with local favorites Upstream Theater, St. Louis Actors Studio, New Jewish Theatre, Mustard Seed Theatre, The Black Rep, Insight Theatre, and Imaginary Theater Company.  Nominated for multiple acting honors over the past few years, she is the recipient of an inaugural Artist Support Grant from the Regional Arts Commission, which allowed her to study with Russian director Sergei Ostrenko in Italy this spring.  Upcoming roles include Effy in  SPITFIRE GRILL: THE MUSICAL, opening this August at Insight Theatre, and Mrs. Frank in THE DIARY OF ANNE FRANK at New Jewish Theatre, opening in October.