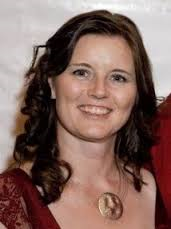 Although Gayle was born in Detroit and spent the first 13 years of her life there, she considers St. Louis home.  Gayle attended St. Louis University on a scholarship, and after exhausting all of the audio production classes they had to offer, transfered to Webster University. At Webster she spent one year as an audio engineer in the sound studio, and also developed a love for video production. She went on to receive a degree in Media/Communications.  Gayle began her career at radio station KYMC 89.7 FM and would go on to become on-air talent, music director, program director, and station manager.  She expanded her career in radio, working as a line producer for the Post Modern Radio Network and as a producer for KUMR, where she produced the show “Brainstorm”, which was distributed on National Public Radio.  Gayle began working with Pirate Pictures on the short film TIMELINE and has since produced several award-winning short films as well as the feature, SHADOWLAND.

As part of the Pirate team, Gayle was the producer and sound recordist for STREETSCAPE, a monthly magazine-style TV show that aired on the local ABC affiliate. Gayle has produced feature films and shorts for other filmmakers in the St. Louis area and worked on numerous corporate and commercial videos as Midwest line-producer.